A switch from short-haul to long-haul operations was in the offing from budget carrier Primera Air last week after it said it was dropping routes between Birmingham and Alicante, Tenerife, Las Palmas, Reykjavik and Malaga from 29 October. 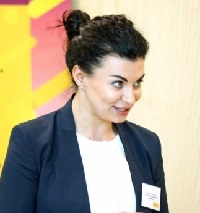 Primera, which is blaming “capacity reduction”, is also cutting services at Stansted to Malaga and Alicante but understood to be pressing ahead with plans for further long-range operations to join the Stansted – New York Newark service.

The Birmingham and Stansted cutbacks come at a turbulent time for Primera, which earlier this year also cancelled long-haul flights from Birmingham to New York and Toronto blaming “prolonged delays” in delivery of its new Airbus A321neo aircraft (BTN 11 June).

Primera, which is part of Denmark’s Primera Travel Group, has six of the 198-seat single-aisle new-generation aircraft on order plus two of the long-range variant, for which it is lead customer and which have a range 600nmi (690mi) further.

Chief commercial officer Anastasija Visnakova concedes transatlantic and long-range flights are not new for Stansted but Primera will have an advantage over what has gone before because of the economics of the A321neo and the LR.