As the head of Malaysia’s Civil Aviation Authority resigned in the wake of last week’s report on Malaysia Airlines flight MH370, the British Airline Pilots' Association (BALPA) also joined the debate, saying unfair speculation about the role of the pilots should be “put to bed”. 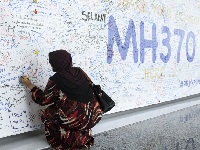 The flight, a Boeing B777-200 carrying 239 passengers and crew, vanished on 8 March 2014 en route from Kuala Lumpur to Beijing. The new report was compiled by the multinational investigation team.

The report failed to dismiss the possibility of hijacking, saying the aircraft was “probably” deliberately steered off course, and added it was difficult to attribute the changes in course to system failure. "It is more likely such manoeuvres are due to the systems being manipulated," the report added.

It said there were lapses in communication and coordination between air traffic controllers in Malaysia and Vietnam and concluded these shortcomings delayed alerting search and rescue operations.

Relatives expressed anger and disappointment at the long-awaited document, saying it gave no new information on what happened but contained “little new beyond a lengthy description of the plane's disappearance and search efforts”.

Suggestions a pilot on board was to blame for MH370’s disappearance was dismissed at a press conference on last week’s report, with BALPA saying such speculation should now end.