The former managing director of Southampton Airport, Dave Lees, took up his new post as Bristol Airport’s new CEO last week. Before heading the Southampton operation, he was that airport’s operations director and planning and development director. 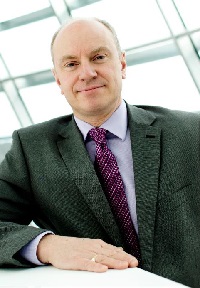 Before Southampton, he was head of service Improvement at Heathrow, where he also held roles in operations and engineering. He has a BSc in Transport Management from Loughborough University.

He said of his latest move: “I am proud, honoured and excited to be joining the team at Bristol Airport, which has a great reputation for its route development and network, passenger growth and the vital role it plays in the region.

“The recent ACI Best Airport in Europe award for airports with 5m-10m passengers, recognises Bristol’s place within the aviation industry in the UK and across Europe. This is an exciting opportunity.”

Currently the ninth busiest airport in the UK and the fifth largest outside London, Bristol handled more than 8.1m passengers in 2017, an 8% increase on the previous year.

Work has started on developing a new master plan setting out how the airport could serve around 20m passengers a year by the mid-2040s.