Widely regarded as the man who invented aircraft leasing, Steven Udvar-Házy is to be guest speaker at the next Aviation Club Lunch at the Institute of Directors in London on Thursday 13 September. 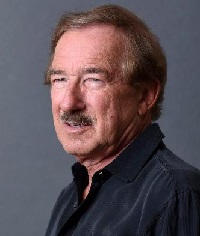 His role in the aviation industry was highlighted in a profile in the US business magazine Forbes, which related how Udvar-Házy, “fresh out of UCLA”, started his own California airline “before he realised the money was in leasing”.

His first venture in the field, International Lease Finance Corp., became one of the two biggest of its kind and was sold to American International Group (AIG) in 1990 for US$1.3bn.

Udvar-Házy then went on to become the chairman and CEO of Air Lease Corp, his current berth. The company went public in 2011.

Udvar-Házy, whose current net worth is said by Forbes to be $3.9bn, is also known for donating $66m to the Smithsonian's US National Air and Space Museum, which put his name on its annex, the Steven F. Udvar-Házy Center, at Washington Dulles International Airport.

Opened in 2003, the annex features two huge hangars, the Boeing Aviation Hangar and the James S. McDonnell Space Hangar, with thousands of aviation and space artefacts, including the space shuttle Discovery, a Concorde and a Lockheed SR-71 Blackbird.