An increase in the size of cabin baggage passengers are allowed to carry on board was introduced by Latvian carrier Baltic Airways last week, though still with an 8kg weight allowance for two items in force – barely enough for typical carry-ons. 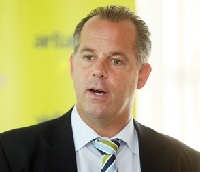 Each passenger is now allowed to carry one cabin bag of 55x40x23cm and one personal item measuring 30x40x10cm. The combined weight of both items is not allowed to exceed the 8kg.

CEO Martin Gauss said the move was “a significant step” in Air Baltic’s strategy of improving overall customer experience as it introduced all-Airbus A220-300 fleet. The aircraft, he said, was known for its improved travel experience, and the baggage decision complemented that.

Another factor was airBaltic’s 21 codeshare partners, allowing passengers to travel to almost any destination in the world, and the new increased cabin bag size enabled the airline to be more in line with most of the partners.

The airline has recently launched an improved cabin with new, modern and comfortable seats on the A220-300s, with more legroom, new pockets behind the seats for magazines and hangers next to the seat for jackets. Passengers can also choose ancillary services including seat reservation and pre-ordered meals.

What Air Baltic's CEO says is a "significant step" in introducing a more sensible volumetric cabin baggage allowance is no more than an overdue and only partial acceptance of reality. The continued 8kg weight limit is in reality unenforceable and thus a joke, as it is on some other so-called 'full service' airlines worldwide which also have this or something very similar. There is no excuse for it.