Bosses at seven airlines have hit out at this year’s rash of air traffic control strikes in France with a strongly-worded complaint to the European Commission saying the actions restrict freedom of movement within the EU. 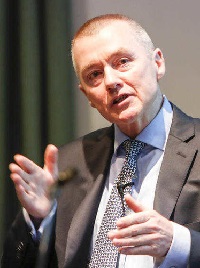 IAG, which includes Aer Lingus, British Airways, Iberia and Vueling, plus Ryanair, easyJet and Wizz Air say they are not questioning the right to strike but believe France is breaking EU law by not enabling overflying during disputes.

IAG chief executive Willie Walsh said: “The right to strike needs to be balanced against freedom of movement. It’s not only customers flying in and out of France who are affected during French ATC strikes.

“Passengers on routes that overfly France, especially the large airspace that covers Marseille and the Mediterranean, are also subject to delays and massive disruptions.”

The airlines claim French ATC strikes have increased by 300% over 2017, with France alone responsible for 33% of flight delays in Europe.

Ryanair’s Michael O’Leary also echoed his complaint against understaffing at European ATC providers saying they “are reaching meltdown” with hundreds of flights cancelled and delayed daily.

“When Greece and Italy have ATC strikes, overflights continue as normal. Why won’t France do the same?” O’Leary added.