Flight frequencies between Manchester and Doha on Qatar Airways are to be increased to triple daily from May next year as the airline capitalises on what it says is ever-growing traffic on the route. 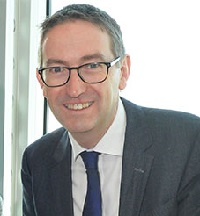 The carrier currently operates 16 flights a week between the two cities, with double dailies on Tuesdays, Wednesdays, Thursdays, Fridays and Sundays and three times a day already operating on Mondays and Saturdays.

Qatar will add the third daily flights on Tuesdays and Thursdays from 18 September this year with Wednesdays, Fridays and Sundays gaining the additional frequencies.

The airline connects Manchester passengers to more than 150 worldwide destinations from Doha and celebrated its 15th anniversary of operating direct flights from the northern hub in April this year.

Acting senior vice-president Europe Ishfaq Jalal said: “Qatar Airways enjoys a special relationship with Manchester, demonstrated by the ever-increasing amount of tourist and business traffic between our countries and through Doha to our network.

Manchester Airport aviation director Julian Carr added: “We’re delighted to see Qatar Airways continue to grow. They’re a hugely popular airline with the 22m people in our catchment area and have gone from four flights a week to three a day from May.”