Flybe is losing its chief strategy officer, Vincent Hodder, to the new International Airlines Group (IAG) low-cost airline Level, where he has been appointed chief executive. 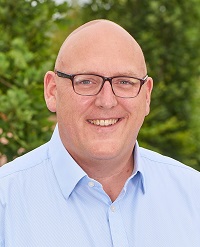 Hodder has more than 25 years’ experience working with airlines around the world, including low-cost carriers such as Jetstar in Australia and Asia and VivaAerobus in Mexico.

Level took off in June 2017 and operates flights from Barcelona to Boston, Buenos Aires, Los Angeles and San Francisco. Earlier this month, it began operations from Paris Orly to Montreal and Guadeloupe (BTN 9 July).

Services to New York (Newark) and Martinique are scheduled to begin in September this year with the airline’s current fleet of Airbus A330-200s set to expand to seven aircraft next year.

IAG director of strategy Robert Boyle said: “Vincent has extensive experience and an in-depth understanding of the low-cost business model and will continue to build on Level’s positive momentum.”

Hodder added: “Level is more than just a start-up airline brand; it’s a new concept that uses technology to give customers control over the way they travel.”

• Back at Flybe, Air Marshal Sir Tim Anderson (61) has been appointed chief operating officer. He has been a non-executive member of the board since April 2014.