With its biggest expansion to date at Manchester for winter 2018, easyJet has reached a key milestone with the launch of its 1,000th route. Operating to Bordeaux, it is one of 16 new services from the UK now on sale. Flights begin in November.

The expansion at Manchester sees five new routes, five new aircraft and capacity for an extra 1.5m passengers a year. The other new services are to Innsbruck, Lanzarote, Faro and Barcelona.

The airline flew more than 3.5m passengers from Manchester last year alone and has flown more than 10m since it began operations in 2008. The increase in capacity in aircraft, from 12 to 17, and in passengers represents a 40% increase in growth.

The aircraft will include easyJet’s new Airbus A320neos, introduced to the airport last year and offering a 15% reduction in fuel burn and CO2 emissions and a 50% noise footprint reduction during landing and take-off compared to current A320s.

EasyJet’s first route, between Luton and Glasgow, was launched in 1996. 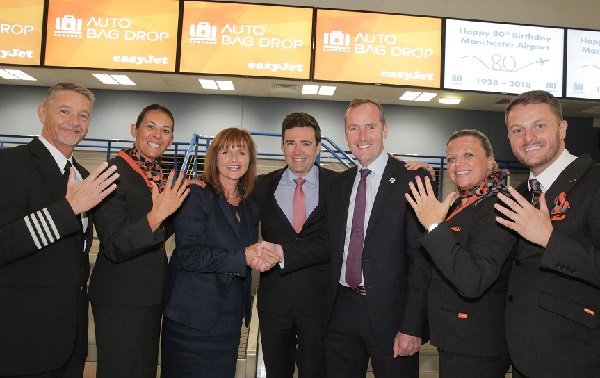