COMMENT: Another Ł600m for Crossrail but still no London City station

With still no date announced for the actual opening of the first section of the Elizabeth Line between Paddington and Abbey Wood, the Department for Transport has confirmed £600m extra funding for the project.

It failed to mention the proposed station at Silvertown for London City Airport, which was deliberately left out by the previous mayor as he promoted his ill-conceived Estuary project. A fence has been erected so passengers on the line cannot see the airport terminal about 100m away.

BTN believes that even at this late stage, Silvertown for London City Airport can be introduced by stopping the trains at Canary Wharf and turning them around. Custom House and Woolwich Arsenal stations will not suffer as they already have the DLR. The cost is thought to be between £12m and £20m and the delay for Abbey Wood no more than 12 months. To build the station when the line is in operation would cause considerable disruption apart from the cost which would be enormous.

Why is it not happening? Chairman of the whole Crossrail project is Sir Terry Morgan (not to be confused with a previous chief executive of Stansted Airport). Sir Terry was appointed chairman of London City Airport (LCY) in March 2017, some suggesting a clash of interests.

In May, the respected International Air Rail Organisation (IARO) published a report, “London City Airport and the Elizabeth Line”, in which it said a station should be built to support the airport as soon as possible, pointing out LCY is the only scheduled airport actually in London and vital for the business community.

London City Airport chief development officer Peter Adams bemoans the lack of a Crossrail station at the airport. His views are supported by politicos, the travelling public and the business community. BTN editor-in-chief Malcolm Ginsberg’s recent book “London City Airport – 30 Years Serving the Capital” pointed out the anomaly in its last page, “AND FINALLY”, but the author was asked to withdraw the item, with the hardback version of the book a going-away present for the large congregation who attended his birthday celebrations.

The station can still be built and up and running well before the end of the decade, and not in 2025 at some horrendous cost.

AND FINALLY   The Elizabeth Line

In December 2018 the Elizabeth Line (Crossrail) is due to open between a new sub-surface station at Paddington and Abbey Wood. It will surface just by the London City Airport Private Jet Centre and dives under the Thames, stopping at North Woolwich, before completing its journey. Through trains will run from Abbey Wood to Heathrow Central. A fence hides a view of the terminal from the line.

Being considered (now 2021 at an enormous cost) is an extra station named Silvertown for London City Airport with the best way of implementing this halt now under scrutiny. One suggestion is to stop and turn around the trains at Canary Wharf when the line opens and complete the extension six months later. Customs House and Woolwich would not suffer as they already have DLR services. Custom House station is 1.5 miles from London City Airport. No public transport available. Sir Terry Morgan is chairman of both Crossrail and London City Airport. 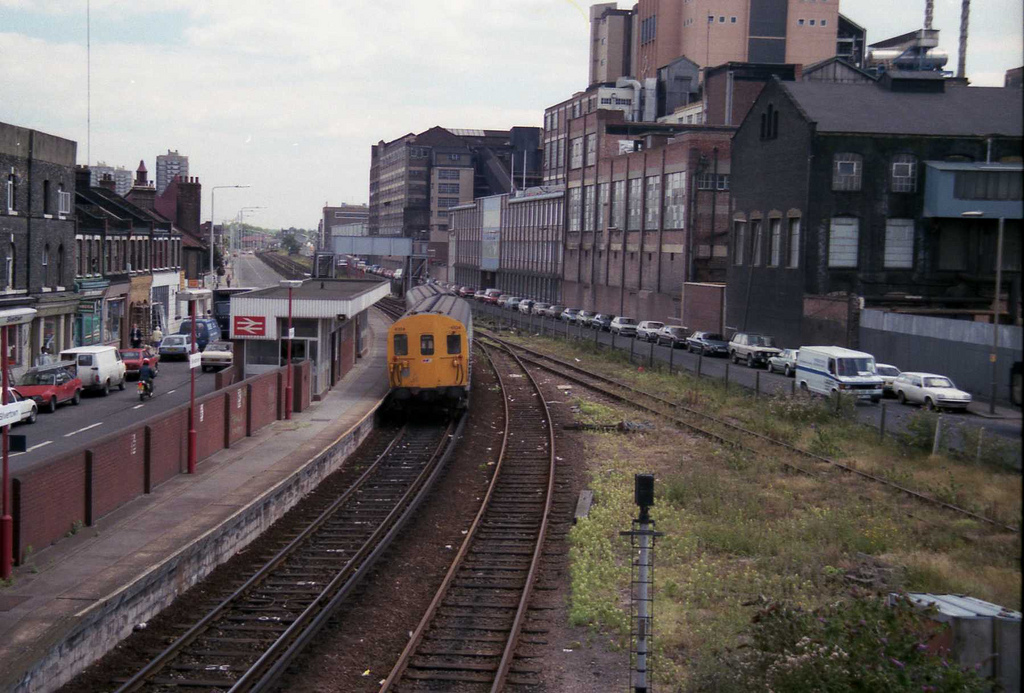 IARO points out that historically there was a time when the western end of Heathrow Airport was in Berkshire, but the boundary between Hillingdon and Berkshire was moved to the far side of the M25 for administrative convenience. Thjis brought the whole of Heathrow Airport into London.