Italy’s new transport minister, Danilo Toninelli, confirmed last week the Italian government wanted to keep control of Alitalia with 51% of the airline, but left the door open for easyJet among others to bid to be a minority partner. 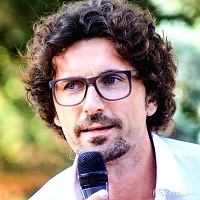 Toninelli said the carrier needed “a strong investor next to it who has a mission to fly planes, because (Alitalia) needs to return to being a true flag carrier”. EasyJet CEO Johan Lundgren responded by reiterating his company’s interest.

However, he added that he had to speak with Italy’s new government, which came into power in June, to “understand what they are thinking”. Lufthansa and Wizz Air have also said they are interested.

The possible partners came forward earlier this year in expectation of Alitalia facing closure because of economic problems, but the process was delayed to await the new government (BTN 28 May).

Meanwhile Alitalia is forging ahead with product improvements in a programme outlined by Luigi Gubitosi, the special commissioner appointed to oversee economic progress.

They include the opening of a new Casa Alitalia lounge at Fiumicino, to be followed shortly by New York, and a plan to eliminate paper boarding passes and allow passengers to board via mobile phone or iPad.