BTN has learnt from PR Week that there has been some changes regarding British Airways public relations. 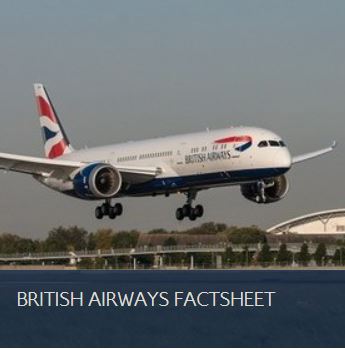 These follow the February appointment of Louise Evans, formerly director of corporate affairs at Sainsbury's, as director of external communications.  She took over from the already departed Paul Marston.  Government affairs are handled by owner IAG.  See BTN 16 April “BA's new PR chief”.

Set to leave are three long-standing senior in-house comms figures including Head of Global PR Kathryn Williamson, head of global news Sophie Greenyer and comms manager Richard Goodfellow.  Williamson had been at the company for seven years, while Greenyer and Goodfellow have clocked up 17 years apiece.

Williamson’s role will be replaced, while the other two will not.

Greenyer’s role will effectively be split into two: head of media relations and head of corporate PR.

The airline has appointed London-based agency PR Pagefield to a new corporate brief.  The consumer PR account, thought to be worth seven figures, will be overseen by a combined team from Ogilvy and H+K Strategies both part of WPP who also handle IAG.