A major expansion of its luxury and upscale portfolio in the UK with introduction of the Kimpton brand under a deal with real-estate investment group Foncière des Régions (FdR) is on the way from the InterContinental Hotels Group. 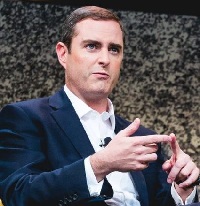 The project involves rebranding and operating 12 open hotels representing more than 2,000 rooms and one pipeline property of 185 rooms into the UK line-up, which the company says will establish IHG as the top luxury hotel operator in the country.

CEO Keith Barr said: “This expansion will expand the presence for the InterContinental name, and enable IHG to launch our luxury boutique brand, Kimpton Hotels & Restaurants, in the UK, with multiple hotels in prime locations in major city centres, including London, Manchester and Edinburgh.

“This marks an important step in IHG’s plans to take the brand global, building on the first signings for Asia and China last year, and will act as a catalyst for Kimpton’s growth in Europe.”

York Oxford Spires, Oxford Thames and Guildford Wotton House are also included, along with the pipeline hotel, the Grand Birmingham.