A special conference on Heathrow’s nine-point ‘Bringing Britain Closer’ plan takes place in Liverpool next month as the airport moves to keep its role in UK connectivity in the public eye. 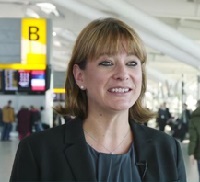 It follows celebrations to mark the first anniversary of Flybe’s inaugural flight from Heathrow when the airline launched new services to Aberdeen and Edinburgh, helping Scottish passengers to access 180-plus global destinations via the hub.

Officials say the Liverpool event, hosted in partnership with the Liverpool Chamber of Commerce, and taking place on 9 May, is designed to highlight Heathrow’s commitment to domestic connectivity as the airport progresses its expansion project.

The gathering will see representatives from UK airports, airlines and the business community sharing views on how best to ensure UK air routes thrive from an expanded Heathrow to help British passengers and businesses connect to the world.

Speakers, including Heathrow director for expansion Emma Gilthorpe and other industry leaders, will discuss domestic routes at an expanded Heathrow and “why improving connectivity matters”.

Figures in the Airports NPS shows that in 2030 there will be 5mppa fewer passengers at regional airports because air routes are no longer sustainable given diversion of passengers to LHR after R3 is opened (17mppa less in 2050). Regional airports do not necessarily gain from better connectivity to LHR. Seehttps://iea.org.uk/heathrows-third-runway-a-sting-in-the-tail-for-the-regions/