Awards for Heathrow and London City

Passengers from around the world handed Heathrow a major vote of confidence last week by voting the airport the best in western Europe and the best in the world for shopping. Two terminals were also garlanded.

Announced at the 2018 Skytrax World Airport Awards at the Passenger Terminal Expo in Stockholm, it marked the fourth year running Heathrow had landed the best in western Europe title and the ninth year in succession for the shopping accolade.

The airport’s Terminal 2 also proved a winner by being recognised for the first time as the world’s best of its kind, while Terminal 5 was close behind at number four globally.

London City Airport was also handed a major prize, taking the award for the Best Airport in the World with under 5m passengers and jumping eight places to 28th in the ranking of the world’s top 100.

In the battle to be named best airport in the world overall, Heathrow came in at eighth on a list headed by Singapore Changi for the sixth year running. South Korea's Incheon Airport, Tokyo Haneda, Hong Kong and Doha Hamad rounded out the top five. 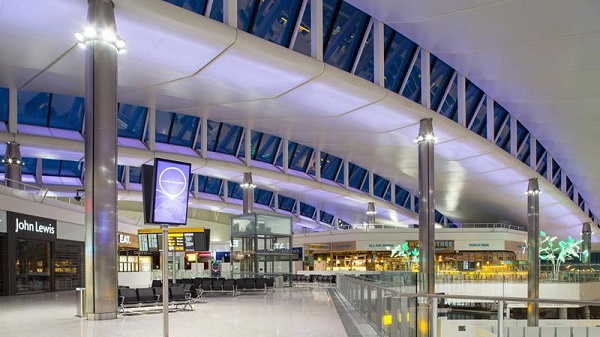