A long-haul operator is expected to announce new services this week at Doncaster Sheffield (Robin Hood) Airport (DSA) on the heels of the launch of a consultation into a £70m project called Aerotropolis set to transform the facility. 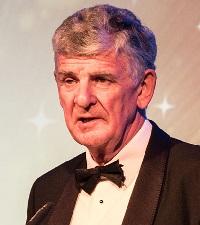 The development, outlined last week, would double the size of the airport terminal and add a rail station connected to the East Coast mainline. It also includes a shopping, hotel and leisure complex and 5.5m sq ft of commercial space.

Backers say Aerotropolis would enable DSA to boost passenger numbers from 1.2m to 4.7m a year by 2037 and extend the airport's annual cargo capacity to 250,000 tonnes.

The details, said to be “still at the conceptual stage”, were released by local regeneration authority Sheffield City Region, which said the rail link would bring thousands of potential passengers to within a 90min journey of the airport.

Peel Airports chairman Robert Hough said Aerotropolis would create a new international gateway for the whole of the east of England at a time when airports in the South East were reaching capacity.

And at a little over the tenth of the cost of Crossrail, he added, the argument was invincible. “This is rocket fuel for the airport,” Hough said. “This is no longer a local conversation, it’s a national debate.”