The All-Party Parliamentary Group (APPG) on General Aviation (GA) held a briefing last week in the House of Commons to give some thoughts following the publication of the National Planning Policy Statement (NPPF) on 11 March.  GA has been described as the “glue that holds the whole aviation sector together”.  See also The 2018 British Business and General Aviation annual conference in this issue. 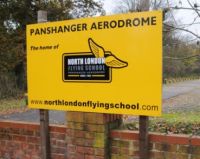 Chair of the 148-strong parliamentary group, Grant Shapps MP, said: “Whilst it’s great to have General Aviation recognised in the National Planning Policy Framework for the very first time, this won’t solve the problem of a diminishing airfield network.

“If we are to maintain and enhance our position and deliver the government’s own stated objective of being the best country in the world for General Aviation, then the NPPF needs to make four further small changes.  That is why I have written to the Secretary of State for Housing, Communities and Local Government, The Rt Hon Sajid Javid MP, asking for four simple amendments that would make all the difference”.

Parliamentarians claim these minor tweaks are “absolutely essential” to protect and enhance the UK's General Aviation sector; which is worth £3bn to the economy.  It directly employs 38,000 people in high-tech jobs and forms the basis of the far wider £60bn+ aviation sector.

The APPG is asking the aviation community to back the proposed amendments by visiting www.generalaviationappg.uk/nppf