Lights on at Istanbul

Aviation officials in Turkey celebrated last week as construction of the first runway at Istanbul New Airport (INA), the world’s largest project of its kind, was completed and its 34,183 lights turned on for the first time.

The facility is set to serve about 100 airlines and become the major aviation hub for the region, with 350 passenger and cargo destinations worldwide.

The initial phase has been designed with a passenger capacity of 90m and will be commissioned with three independent parallel runways, taxiways, a terminal building, an air traffic control tower, and communication and weather systems.

IGA Airports Construction CEO Yusuf Akçayoğlu said: "We are working day and night for this project, as completion of the first phase draws near. It will put Turkey’s stamp on the history of aviation.”

Already being hailed as the airport of the future, the new complex at Arnavutköy is being built in four stages. The first phase includes the world’s largest terminal under one roof, at nearly 11m sq ft  (BTN 16 October 2017). 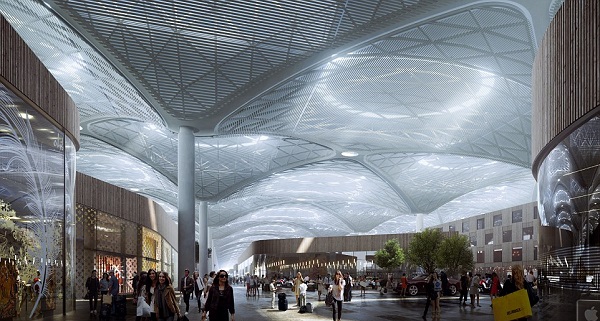