As Singapore Airlines’ first Dash-10 Dreamliner rolls out in the US (see this issue), British Airways has celebrated a milestone aircraft delivery of its own as it welcomed its 25th Dreamliner to the fleet. 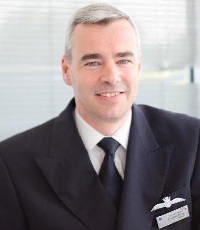 The aircraft, a Dash-8 model in a three-class configuration, made its maiden voyage to the airline’s Heathrow home from Boeing’s Seattle factory and is the ninth Dash-8 Dreamliner to join BA.

BA director of flight operations Captain Stephen Riley, who took delivery of the new arrival last week, said: “Some two-and-a-half years of work goes into the delivery of a new aircraft so it’s an exciting moment when we finally fly it home to join the fleet.

“The Dreamliners are fantastic aircraft both to fly as a pilot and to enjoy as a customer, technologically advanced and fuel efficient. They’ve also been designed with travellers’ comfort in mind, so customers arrive feeling great.”

BA took delivery of its first Dreamliner, a B787-8, in July 2013 and two years later followed up with delivery of the next generation, a B787-9.