Travellers between Inverness and Heathrow are being given a boost after British Airways said it would expand its service on the route from seven to ten flights a week from next March. 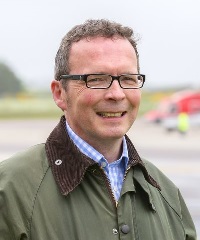 The new schedule, which will see a 30% increase in capacity, is the second major boost to the Highlands and Islands economy generated by BA, following the airline’s extended codeshare agreement with Loganair which came into effect last month.

BA’s manager at Inverness, Phyllis Stuart, said, “We’re delighted to be able to offer our customers more flights from the Highland capital, offering more seats on the route after a successful first 18 months operating the route.

“BA and our partners at Inverness Airport and the business communities in Inverness and the Highland region have worked tirelessly to encourage passengers to use the new route and the increased frequency on the route is the result of that partnership.”