Scotland’s plan to lead the way to an eventual abolition of the UK-wide Air Passenger Duty (APD) by bringing in a lower-rate Air Departure Tax (ADT) of its own was in jeopardy last week over a wrangle about the Highlands and Islands airports. 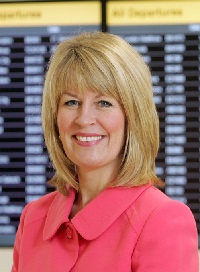 Scottish Parliament ministers had hoped to start halving the tax rate from next April but finance secretary Derek Mackay said the reductions were being held up by the need for approval for continuing the airports’ exemption from APD.

ADT was due to come into force next April, with Scotland pledging to cut the levy by 50% by the end of the present parliament and abolishing the charge altogether "when resources allow".

Threat of delay brought strong reaction from the industry, with Airlines UK chief executive Tim Alderslade saying the news was “disappointing and frustrating”.

Amanda McMillan, chief executive of AGS Airports, operator of Glasgow and Aberdeen airports, said: “Our position has always been clear that the Scottish Government’s proposed 50% reduction on APD must be implemented as soon as possible, so we are very disappointed.

“Not only is the current APD format the highest form of aviation tax in the world, it is also a regressive one which continues to stifle Scotland’s ability to compete in both domestic and international markets.”