Two new property acquisitions have been announced by the Meliá Hotels International group in Venice and Rome as the company continues its expansion in Italy. 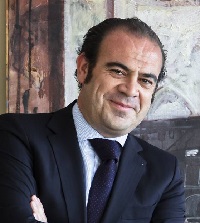 A new 5-star hotel in Venice enables Meliá to make its debut in what executive vice-president and CEO Gabriel Escarrer described as "a destination that has always been an aspiration for the company".

He added: “We have waited until we found our dream project: a hotel located on the Grand Canal, in an old hospice, in one of the most idyllic and desired destinations in Europe.”

The hotel will open at the end of 2018 following an extensive refurbishment. It will feature 79 rooms, meeting rooms, a signature restaurant and an all-day-dining restaurant, plus a pool, patios and views of the Grand Canal and the city.

Meliá is also opening a new member for its Innside brand in Rome, the Innside Porta Maggiore, located in a square in Esquilino, one of the trendiest districts of the Roman capital.

Owned by Salute Hospitality Group, the hotel will open in 2019 and will have 171 rooms, a swimming pool, wellness centre and fitness area, two restaurants and a range of meeting and event facilities.