There used to be a time when Michael O’Leary would find (welcoming) airports keen to attract Ryanair which he would then rename. 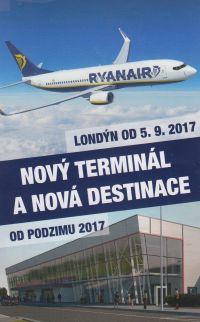 These were sometimes 60 miles from the city suggested as the destination.

Hann is 60 miles from Frankfurt, Carcassonne likewis to Toulouse as is Torp about the same from Oslo.

Passengers were confused but Michael did not care.

He had done the business.

Now, in the nicest possible way, there has been a rethink.

With Parubice (PED) in the Czech Republic, which started last Tuesday from Stansted (7 September) with rotations also on Thursday and Saturday he has used its proper name, although it too is 60 miles from a major city, this time Prague, and a fast rail link.

The London service is Pardubice’s first ever scheduled operation although it does have charter flights from Russia, Bulgaria and to the Mediterranean.

PED was a military airport and it feels like it for arrival, but it has been very well spruced up for departures. Very, very adequate.

Under way is a brand new terminal the structure complete and expected to come into use next spring.  It is a 10 minute drive to the centre of the city which will feature in a forthcoming ON TOUR.  Best described as quaint it is the home of the Great Pardubice Steeplechase. 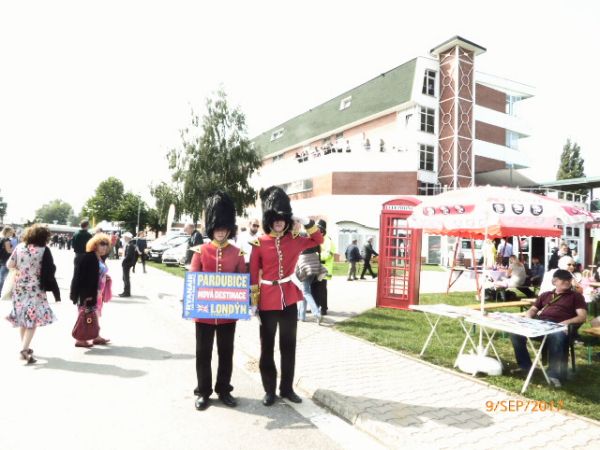 Is there not a nice irony though that at 40 miles (or c. 65km) by road from Central London, Stansted is a about as far from London as Pardubice is from Prague? Credit to Ryanair for using the actual airport location, but as long as Stansted is allowed to continue branding itself as a London airport, I've always found it rather unfair to criticise similar distances at the other end - and I suspect we'll have to wait a while longer to see Ryanair marketing the attractions of weekend breaks in Hertfordshire, Essex and South Cambridgeshire to the good folk of Pardubice rather than 'Londyn', Beefeaters and red phone boxes! ;-)