Much to the misgiving of Michael O’Leary (see last week’s BTN COMMENT EXTRA) and his claims of a “stitch-up”, the European Commission has backed the German government’s €150m loan to Air Berlin. 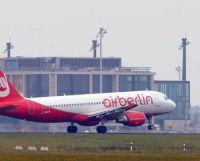 This will allow the airline to continue operating during the next few months after it entered administration in August.

“This manufactured insolvency is clearly being set up to allow Lufthansa to take over a debt-free Air Berlin, which will be in breach of all known German and EU competition rules,” the Irish airline said.

Under EU rescue and restructuring rules, member states may support companies in difficulty as long as the measures are "limited in time and scope" and promote the common interest.

“The purpose of the loan is to allow Air Berlin to continue operations in the coming months, with the aim of maintaining its services while it concludes ongoing negotiations to sell its assets,” said the EC in a statement. (See BTN 3 October) https://www.btnews.co.uk/article/10868

“The commission found that the measure will help to protect the interests of air passengers and to maintain air passenger services.

“At the same time, the strict conditions attached to the loan, its short duration and the fact that Air Berlin is expected to cease operations at the end of the process will reduce to a minimum the distortion of competition potentially triggered by the state support.”

O'Leary has a point; the government injection of cash into the bankrupt Air Berlin is indeed against EU competition rules