Flybe and Eastern on song

In the first development, extra choice, lower fares and a wealth of onward connections were promised as the new joint-venture flights took to the skies for the first time in Scotland.

Flybe is providing a continuation of six branded Flybe routes operated by Eastern Airways’ aircraft between Sumburgh – Aberdeen, Edinburgh and Glasgow, Aberdeen – Kirkwall and from Glasgow – Stornoway and Manchester.

The airlines’ partnership will also see the Embraer 170 jet service operating on Shetland routes for the first time, shaving some 30min from the recognised flight times.

Flybe CEO Christine Ourmières-Widener, said: “We have looked forward to cementing our relationship with Eastern by continuing to offer lifeline services to connect Orkney, Shetland and Stornoway to mainland Scotland – and onwards.” 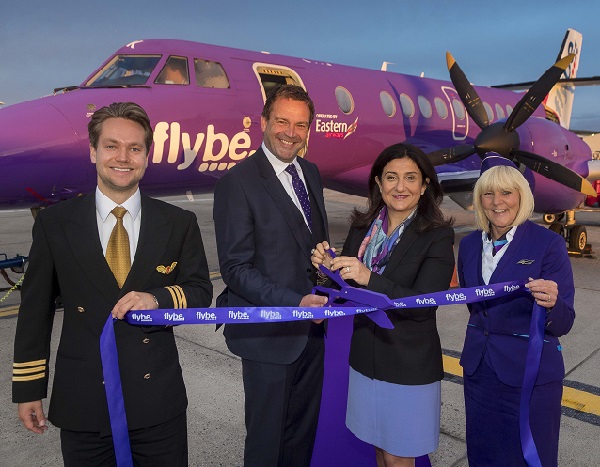