Scotland’s only direct air link from Glasgow to the Isle of Man has been restored with Eastern Airways’ new service, following the liquidation of Citywing. The carrier also re-established the island’s routes to Northern Ireland (Belfast City) and North East England (Newcastle).

The UK regional airline announced earlier this year it would be securing the future of Scotland’s Isle of Man link from Glasgow (BTN 27 March). It is using a 29-seat Jetstream 41 to operates the daily weekday services, with free drinks on board.

Travellers with fully-flexible tickets are entitled to two 23kg hold bags. Check-in opens 90min before the flight, and closes 30min before departure.

The airline’s fleet consists of two Embraer 170s, three Embraer 145s, and nine Saab 2000s and it is the world’s largest operator the Jetstream 41, with 17. 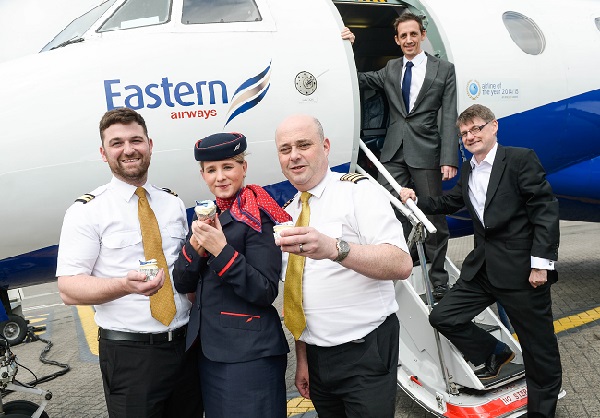