Etihad adds A380 on Paris

In a similar development to its rival Emirates’ expansion at Birmingham (see this issue), Etihad Airways on Saturday introduced an Airbus A380 on one of its two daily services between Abu Dhabi and Paris Charles de Gaulle, while also inaugurating Dreamliner service between Dubai and Beijing. 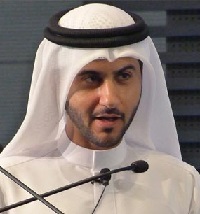 The new Paris service has been introduced early to meet seasonal demand between 1 July and 28 October and from 15 December to 15 February 2018. The A380 will then operate a regular year-round service from 25 March 2018.

Executive vice-president commercial Mohammad Al Bulooki said: “Paris is one of Etihad Airways’ most sought-after destinations, popular with both leisure and business flyers.

“Adding our flagship aircraft reaffirms Etihad’s and the UAE’s commitment to the French market and celebrates the deep business and cultural ties which exist between our two countries.”

Saturday’s flight, piloted by a French captain and an Emirati first officer, was greeted with a customary water canon salute on arrival at CDG, where Etihad operates a dedicated Premium Lounge for premium passengers, with paid access available to those in Economy Class.