Italy’s flag carrier looked doomed at the weekend after an opinion poll published on Friday showed 77% of Italians believed the airline should not receive more funds but should be allowed to fail. 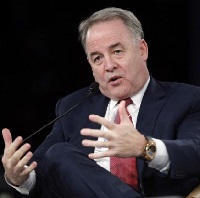 The poll was published four days after Alitalia workers voted to reject a rescue plan proposed by management which was backed by unions but which would have involved salary cuts and layoffs.

Natascia Turato, a director of the company that conducted the survey, said: "It's clear Italians are opposed to governments systematically running up deficits to deal with companies in crisis.

Reuters reported on Friday that “without state support, Alitalia appears headed for collapse”, though the Italian government had thrown the company a short-term lifeline in the form of a bridging loan of up to €400m to see it through a bankruptcy process, under which an administrator will decide if it can be sold or should be liquidated.

James Hogan, president and chief executive of the Etihad Aviation Group and vice chairman of Alitalia, said the group regretted the staff vote, which meant that all parties would lose: Alitalia’s employees, customers and shareholders “and ultimately also Italy, for which Alitalia is an ambassador all over the world”.