The important role played by regional airports was brought home last week as Wizz Air, the largest airline operating from Doncaster Sheffield Airport (DSA), celebrated carrying a total of 3m passengers on its routes from there since its first flight to Katowice in September 2006. 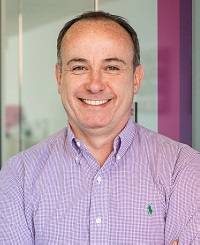 Wizz has continued to expand its network over the past 12 months with an additional two destinations and now operates 12 routes to six countries from DSA, including launching new routes to Sofia, Bulgaria and Cluj-Napoca, Romania.

Chief corporate officer Owain Jones said: “On behalf of everyone in the Wizz Air team, I thank all our loyal customers in the Doncaster-Sheffield region and beyond who have helped us to achieve this fantastic milestone.

“Our services from Doncaster-Sheffield connect the region’s businesses with some of the fastest-growing economies in Europe while allowing leisure travellers to explore new, exciting destinations.

“This growth means Wizz Air is supporting 300 local jobs and we expect to grow passenger numbers on Wizz Air’s Doncaster-Sheffield services another 10% in 2017.”

The airline, which flies A320s and A321s on its UK services, is also celebrating this month the milestones of carrying 300,000 passengers from Birmingham Airport and 100,000 from Aberdeen.