US-based start-up company Boom Supersonic of Denver has moved closer to making supersonic passenger aircraft a reality after securing $33m (about £26m) funding from investors to build its XB-1 Demonstrator.

The company says the move could pave the way for the world’s fastest passenger airliner, which would travel from New York to London in just 3hr 15min, with passengers paying $2,500 (about £2,000) each way.

Events have moved fast after a one-third scale prototype of the Demonstrator was unveiled earlier this year by chief supporter Sir Richard Branson (BTN 16 January). The XB-1 is due to take off on its first test flight later this year, with commercial flights launching in 2020.

Rigorous testing is due to take place near Edwards Air Force Base in southern California in partnership with Virgin Galactic’s the Spaceship Company – Virgin boss Branson has options to buy 10 supersonic Boom jets.

Boom engineer Kenrick Waithe told US broadcaster CNN: “We’re trying to build a supersonic airliner that’s economically viable, the way that the Concorde was not.”

Boom is in a race with, among others, NASA, which is said to be developing a quiet supersonic passenger aircraft that could be ready to fly by 2020. 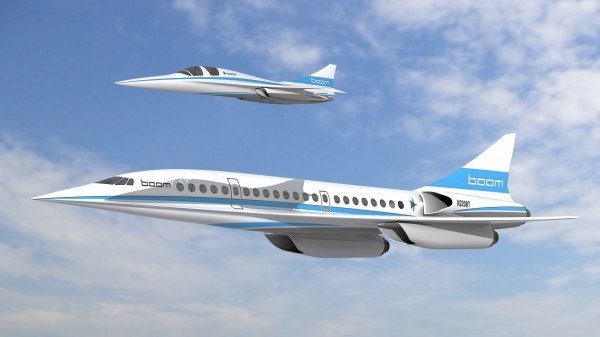