A one-third scale prototype of the aircraft that could resurrect commercial supersonic transatlantic flight in six years’ time in 2023 was unveiled last week by chief supporter Sir Richard Branson.

The XB-1 Supersonic Demonstrator, nicknamed Baby Boom after the start-up company building it, is scheduled to undertake its first supersonic test flights later this year at Edwards Air Force Base in California.

The aircraft is meant to be “technically representative” of what the final airliner will offer and includes GE engines, Honeywell avionics and Tencate structural carbon-fibre elements.

In service, the new aircraft promises to halve air travel times, flying 40 passengers between London and New York in 3hr 15min, with the price set currently at £2,500 each way. Cruising speed will be Mach 2.2 or 1,451mph, 10% faster than Concorde and 2.6 times faster than other airliners.

Boom CEO Blake Scholl said: “Sixty years after the dawn of the jet age, we’re still flying at 1960s speeds. Concorde’s designers didn’t have the technology for affordable supersonic travel, but now we do.” 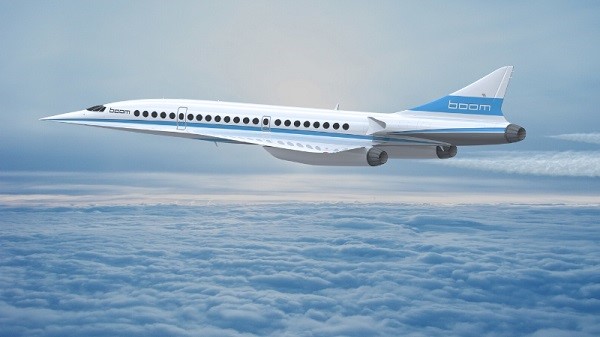