The first of seven A330s to be retrofitted by TAP Portugal this year with new fully-flat Business Class seats has gone into service as part of the carrier’s £70m fleet renewal programme.

Each of the 25 new seats transforms into a 1.93m bed, and features individual reading lights, tables with storage space, supports for bottles, USB slots and individual electrical sockets.

Economy Class seats have been reupholstered in green and grey covers, and a new Economy Plus section has been created that the airline says offers more space and seats that recline further than their predecessors.

The retrofitted A330 Business Class is already in service between Lisbon, Boston and New York JFK and a similar layout will be adopted when TAP receives its first A330neo later this year. The airline is also launch customer for the new Airbus Airspace cabin.

TAP announced plans for the refurbishment more than a year ago shortly after the Portuguese government sold a controlling stake in the carrier to a consortium led by Jet Blue founder David Neeleman. 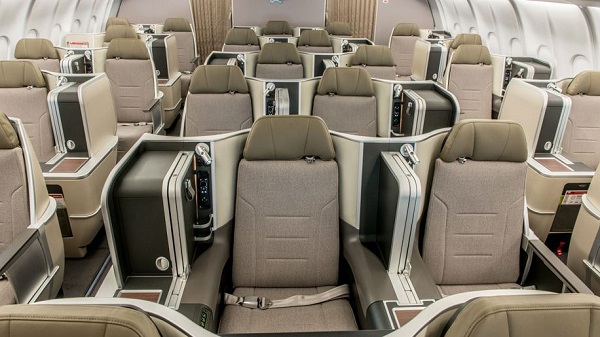