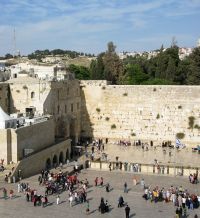 EASYJET today (Monday 2 November) introduces a six days per week service between Luton and Tel Aviv in direct competition with El Al, who also fly from the north London airport.  It is the longest route ever operated from the UK by a budget airline with a flight time of around five hours, right on the limit with regard to crew hours.  A 55-minute turnaround is planned as against the 30-minute norm for the airline but Ben Gurion regulars still think that it will prove tight.  easyJet will use the old refurbished Terminal 1 (T1) at Ben Gurion, rather than the splendid, and now five years old, Terminal 3 (T3).  However, T1 does have domestic services to Eilat.  It is linked to T3 by a free shuttle. www.easyjet.com