ON TOUR: South Wales and the Brecon Beacons 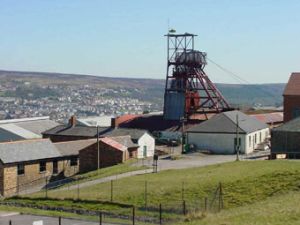 If you think times are hard, think again.  Life for the mining community was brutal 150 years ago.  Until 1840, prior to a House of Commons investigation, children as young as six worked deep underground in total darkness for up to 14 hours a day, six days a week.  Brutal is probably not a strong enough word to describe conditions.  They were inhuman.  Slaves had been freed by Wilberforce in 1807.

Your Editor is fortunate that he has visited many World Heritage Sites including the Great Wall of China, the Hermitage in St Petersburg, the Pyramids, and of course natural phenomena such as the Niagara, and the even more impressive Iguassa falls.  The Big Pit, the National Coal Museum in South Wales, is in its own way, just as impressive as any of the foregoing.

Going underground was the highlight of the visit, safety paramount, the site considered as a working colliery and subject to all the rules and regulations that have been incorporated over the years.  Typically smoking materials, battery powered watches and cameras are banned.  A helmet and miners lamp is compulsory.  You descend 300ft in a cage squashed together with 17 others, just like those coming on a shift 100 years ago.  Surprisingly it is not scary.  Perhaps the total confidence of your group leader, an ex-miner helps.  And it is patently obvious how grim the conditions must have been.  It can be pitch black, the roof is often very low, and the water is flowing.  The mine was finally closed in 1980.

If the actual mine is the focus of the visit what you see above ground level is just as interesting.  The bathhouse was not introduced until the 1930s.  Prior to that innovation miners went home to be scrubbed by their wives in a tub.  A mining gallery offers the latest in audio visual presentations and an exhibition of modern mining equipment.  Don’t expect a spotlessly clean exposition of Victoriana, such as seen at the Science Museum Kensington.  What you see is a restored pithead as it was, rough and ready, a working part of the industrial revolution.

The Big Pit sits next to the village of Blaenafon, which in 2000 achieved World Heritage status as the best preserved example of an industrial town anywhere in the world.  All the main elements of a coal and iron town remain: the ironworks, coal mine, steam railway, the workers' houses, school for the children of the workers, church, Workman’s Hall, tramroads and links to the canals.

Please note that the National Coal Mining Museum for England, in Wakefield, also provides underground tours, in both cases for free.

If the visit to the Big Pit at Blaenafon was the highlight of a short 48-hour interlude into South Wales what went before and after was just as interesting.  Blaenafon is 150 miles from central London and 50 miles from the M5.  Readers will note that Wales charges £5.50 to enter the country across the Severn Bridge (against £1.50 for the QEII across the Thames estuary which is free at night).  It costs nothing to leave Wales however. 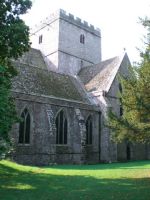 Most of the national park is moorland, with some forestry plantations, and pasture in the valleys.  In 1966 the Brecon Beacons Mountain Centre (four miles from Brecon) was opened to better enable visitors and tourists to interpret the area.  It is in a delightful setting some 1,100 ft above sea level offering stunning views of Pen Y Fan the highest mountain in South Wales.  A 45-minute walk across the moor along well beaten paths takes you up to Twyn Y Gaer and the remains of an iron age fort.  The Black Mountains and the Usk Valley can be seen.  If the weather is OK the views are terrific.

The centre provides information, very experienced help and assistance, and a well provided shop.  There is a small exhibition and short video presentation plus a café/restaurant sourced from local suppliers.  All very neat and tidy.  Children and families are catered for in a well tended large field suitable for informal games.  Admission is free but there is a modest car parking charge.  Overnight accommodation, camping and caravanning are not provided for actually on the site.

Activities in the park include walking, cycling, mountain biking, horse riding, as well as sailing, windsurfing, canoeing and fishing its rivers and reservoirs, rock climbing, hang-gliding, caravanning, camping and caving.  The Taff Trail also passes through the Beacons on its way from Brecon to Cardiff.

Due to its remoteness and the weather, the park is used for military training. The Special Air Service (SAS) is known for holding especially demanding selection training exercises here such as the Fan dance (exercise).  The infantry regiments of the British Army all train at Sennybridge, where NCO (non-commissioned officers)  selection also takes place.

Brecon has a small but very interesting Cathedral dating from 1093, a fascinating museum of local history incorporating an electronically driven full size model of the Assizes Court complete with Welsh translator, and a traditional High Street.  August sees the popular annual Brecon Jazz Festival.  Concerts are held in both open air and indoor venues, including the town's market hall and the recently opened 400-seat Theatr Brycheiniog.

Hay is even tinier than Brecon but is world famous due to the book festival inaugurated in 1988 and now sponsored by The Guardian newspaper.  It draws a claimed 80,000 visitors over ten days at the beginning of June to see and hear big literary names from all over the globe.  All the year round some 30 bookshops ply their trade, and there is also an “honour” offering in the grounds of the castle remains with a huge variety of publications.  Some very expensive orignals, 500 years old and more, can be seen in some of the more upmarket outlets.

AERBT’s stay in the Brecon Beacons was hosted by Felin Newydd House, essentially a private home gone commercial.  It can be best described as a country pile and is set in breathtaking surroundings with 50 glorious acres at your disposal.  You hire for the day or overnight.  It is ideal for a family group, wedding, private party, or executive gathering. There are nine double guest-rooms very comfortably furnished, a huge country kitchen, massive dining room, drawing room, morning room, library and billiard room.  All have style.  A 21st century Victorian home.

The property sits on the edge of the National Park on the A470 less then ten miles from Brecon and 30 miles from Hereford.  What is supplied is a furnished house and a maid service for breakfast.  Everything else is extra but ready and organised by prior arrangement.  There is a superb wine cellar (and the reasonable prices are all noted).  A housekeeper/cook and butler are available.  You can cook meals yourself or visit the local eateries.  Nearby the The Felin Fach Griffin is a tiny award winning contemporary restaurant.  Small receptions can be held within the house and larger functions can be accommodated in a marquee on the lawn (maximum 150 guests).

The excellent web site shows every guest-room and gives some idea on cost.  It has been a family home for many years and is run by the owners.  This personal touch is seen everywhere.

“Please take your shoes off when going upstairs,” says the sign on the grand staircase in the impressive entrance hall.  And the back staircase has the same instruction!”

It is not off putting.  You just get used to it.  After all it is your home for the period.