Fresh from his appearance at last month’s annual AOA conference (BTN last week), transport secretary Chris Grayling will be facing another industry audience next month when he delivers the keynote speech at the Airlines UK annual dinner.


Booking is now open for the event, which is on 25 January at the Grand Connaught Rooms in Covent Garden, London. 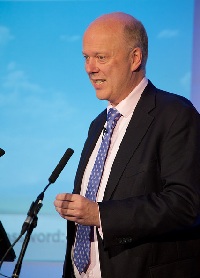 Having given the green light in October to the expansion of Heathrow, Grayling is expected in his speech to deal with the controversy surrounding his decision. Other highly-likely topics include the impact of Brexit, airspace modernisation, APD, night flights and more.

Airlines UK, the trade body representing UK airlines, invited Grayling to the dinner after noting he had already “made his mark” since being appointed to his current post in July.

He is also no stranger to the transport brief, having held the position of shadow transport secretary between 2005 and 2007 and as a member of the Transport Select Committee in 2002.

Anyone wanting to attend the dinner should contact Tim Cade at tim.cade@airlinesuk.org