Accor launches All Seasons brand in the UK 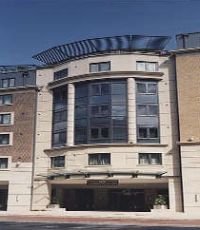 ACCOR has opened a hotel in London which they say promises to “reinvent hotel service and value”.  This ambitious undertaking comes from All Seasons – an international budget hotel brand not seen in the UK to date.  The All Seasons London Southwark Rose hotel near London Bridge originally opened in 2003 as an independent property and is currently trading with 84 guestrooms.  An additional 21-bedroom extension is planned as part of the All Seasons rebrand.  There are already 73 All Seasons hotels around the world in six countries: France, Germany, Australia, New Zealand, Thailand and Indonesia.  They are medium sized properties in central locations, the rate including breakfast and wi-fi, with all rooms offering a flat screen TV. www.all-seasons-hotels.com