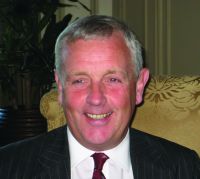 THE ROYAL AERONAUTICAL SOCIETY has announced the appointment of Simon Luxmoore as Chief Executive, replacing Keith Mans, a former MP who has held the position since 1998.  Simon joined the Dowty Group in 1989 and held a number of positions within the company, starting as a project manager for Dowty Aerospace Gloucester.  In 2004 he was promoted to the role of Senior Vice President/Deputy CEO of Messier-Dowty International.  Prior to this Simon was Group Vice President of Messier-Dowty's Boeing and Military Business Unit and Managing Director of Messier-Dowty Ltd. www.raes.org.uk