Fresh from starting service between Fort Lauderdale and Cuba (BTN 05 September), JetBlue on Thursday announced plans to expand its presence at its Boston hub, where it is the largest airline, by more than 40%. 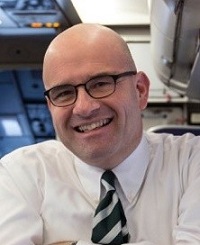 The move will give the carrier up to 200 flights a week from Boston, including the launch of its 63rd nonstop destination, Atlanta, set to begin on 30 March 2017 using the A320.

Executive vice president commercial and planning Marty St George said Boston had spent “decades” being under-served by high-fare legacy carriers but now had an airline committed to offering the best service and most nonstop destinations.

In addition to the Boston – Atlanta flights, JetBlue says it will also add service between Atlanta and Fort Lauderdale-Hollywood, New York JFK, and Orlando.

“The addition of Atlanta answers calls from both customers and crewmembers, which have made the city JetBlue’s most-requested new destination,” St George added. “The new route will be especially attractive to JetBlue’s Boston-based business customers, who have long requested that the airline serve this important market.”

JetBlue is also expanding its highly successful “Mint” product, a low-cost rival to other airlines’ Business Class, for Boston passengers traveling coast-to-coast and to the Caribbean.