The first scheduled flight from the US to Cuba in more than 50 years, a JetBlue service from Florida, touched down in Santa Clara on Wednesday, as the US also announced the eight carriers to begin scheduled flights to Havana, possibly this autumn.

US transportation secretary Anthony Foxx and JetBlue president and CEO Robin Hayes were among VIPs on board last week as Flight 387 from Fort Lauderdale made history as it landed at Abel Santamaría Airport in Santa Clara just before 11:00 local time.

JetBlue will be followed by other carriers shortly.  Earlier this summer, the US Department of Transportation announced the approval of six American passenger airlines and one all-cargo airline to serve cities in Cuba other than Havana. The additional carriers are expected to begin flights to those cities shortly. 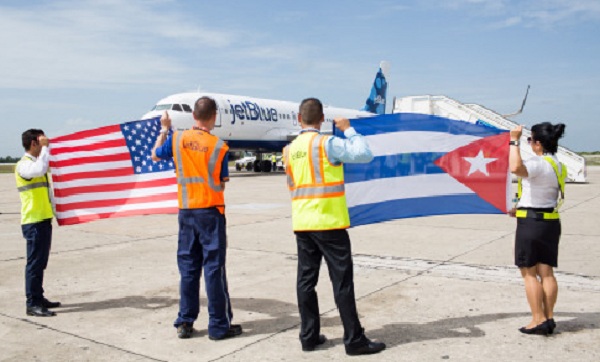