Last week, Sir Nigel Rudd was most forthright in his views regarding London's airport requirements as the outgoing chairman of Heathrow Plc. He expressed regret at the government's delay in coming to a decision, as well as offering a few observations on Gatwick. ON THE SOAPBOX 11 July 2016

Naturally, this has resulted in a response by Sir Roy McNulty, his opposite number at the south London airport, and like Sir Nigel a successful businessman with an impressive CV. 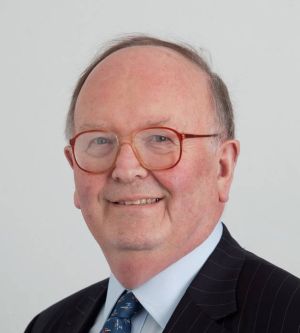 “I thought this week I would lay out a closer view of how things stand today at Gatwick, offer some observations of my own as to how the aviation industry is presently positioned and how Gatwick is placed to contribute to the future of aviation in the UK, and so to the future prosperity of this country.

I hope Sir Nigel will forgive me for saying that his observations about Gatwick were not very up to date. It is now six years since the Competition Commission forced BAA to divest a number of airports, including Gatwick, and an awful lot has changed since then. Indeed, that body, in its current guise as the Competition and Markets Authority, has made clear in a recent review that the introduction of competition into the airports market has resulted in very considerable benefits across a range of criteria, including the costs and structure of charges, the number of destinations and choice of routes, and the efficient use of existing capacity, as well as in passenger service and the engagement with local communities. These improvements were clear, both at the airports divested by BAA, and at Heathrow itself.

At Gatwick, we have recently announced 20 new long-haul routes for 2016, bringing the airport’s total number of long-haul destinations to more than 50, including routes to second cities in China, to Hong Kong, to South Africa, to Latin America, to the USA and to Canada. With more than 220 destinations in total, we are the best connected airport in the UK, giving the lie to the old notion that only a hub airport can open new routes to emerging economies. Indeed, airlines are showing themselves to be increasingly attracted to the improved facilities at Gatwick, the result of an investment programme that has more than doubled since our new shareholders entered the business. This has allowed passenger volumes at the airport to grow from 31m in 2009 to some 43m this year, an increase in throughput that is equivalent to a whole new airport the size of Glasgow or Luton. All this on a single runway – the busiest and most efficient single runway anywhere in the world.

Most of all, our airlines are attracted to the competitive nature of our charges. Sir Nigel suggests that IAG has threatened to pull out of Gatwick if government backs it. In reality, what I have seen reported was Willie Walsh saying that IAG would consider its position at Gatwick if charges there become unacceptable high – which is what I would expect, and why we have guaranteed to keep our charges at an internationally-competitive level. What Sir Nigel didn’t mention was Willie Walsh’s other comments in the same speech that Heathrow cannot be trusted to deliver anything in a cost-effective manner, that customers have been ripped-off by Heathrow for years, and that leopards don’t change their spots.

Heathrow is already the most expensive airport in the world, and expansion there will only make it even less internationally competitive. Equally, at a time when we need to demonstrate that we care about economic growth for the whole country, we must ensure that capacity expansion happens at a cost that does not rule out domestic connections, and does not inhibit the development of independent, direct  international connections from the other major airports of the UK, in the North, in Scotland and in Northern Ireland.

Our nation needs now to demonstrate agility, nimbleness and certainty. Gatwick recently pledged to the prime minister that we could have a new runway operating in the next Parliament, and, provided we get a positive decision by the end of October, we can repeat that pledge to the new prime minister. Our scheme is straightforward: it is a low-risk construction project, to be built on land specifically reserved for the purpose; at a very manageable cost, it is easy to finance and it faces no overwhelming legal obstacles. All this is in marked contrast to the scheme that Sir Nigel has found it so difficult to get approval for: expansion at Heathrow is complex, requiring building over the M25 and moving a waste-to-energy plant; its construction risk is an order of magnitude higher; at £18bn, it is double the cost of Gatwick and yet it still requires public subsidy and so it is very challenging to finance. And of course, it faces enormous environmental obstacles as well – something that Sir Nigel omitted from his argument.

Ascribing fanciful notions to the motives of Gatwick’s shareholders is not constructive. Gatwick’s shareholders are among the world’s most respected infrastructure investors and have between them more than a trillion dollars in assets. They, and the Gatwick management team, have been consistent over the course of this debate and our shareholders have all recently reaffirmed their commitment to Gatwick’s investment programme and to this project, a very welcome endorsement for this country in a time of uncertainty.

Ultimately, the single most important commitment we can make to the country’s future is to get on and deliver projects that can make a positive difference. Our plans should encourage competition and boost the UK’s competitiveness, balance growth across our country, and honour our environmental obligations to our citizens and our international neighbours. And we must show that we can act quickly, decisively and with clarity and certainty of outcome. That means abandoning the old Heathrow orthodoxy that has so evidently failed and choosing the answer that works today – Gatwick, obviously.

A second runway at Gatwick would involve the destruction of and damage to Areas of Natural Beauty and people's homes. Cost borne by citizens not by Gatwick. Environmental impact has not been properly considered. UK pays?

A 40-year agreement not to build a second runway was made in 1979 with the then West Sussex County Council.

Many people will not be aware that Gatwick gave away the option of a third runway many years ago, when the management opted for a new shopping centre instead of a runway! Serves you right.