Beyond ‘baby on board’

Innovative 'care zones' introduced by the Singapore Mass Rapid Transit company (SMRT) at stations and on trains were highlighted at a London conference last week as one of the ways travel organisations could improve their customer service,  writes Andrew Sharp. 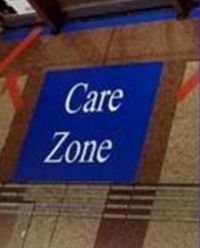 Desmond Kuek, the CEO of SMRT, told World MetroRail Congress in London the zones were an example of the company’s move from system efficiency to commuter centricity.

Traditional key performance indicators, or KPIs, even impressive ones like 99.84% service delivery, were irrelevant to customers, especially if they were late for appointments because of delayed trains, he said.

What matters is the walk to the station, time spent waiting for the train, the degree of overcrowding and reliability of arrival.

The zones – areas set aside for those less able to look after themselves – are one component of customer centricity. They incorporate prominent blue signage and priority queues on platforms and for lifts, and priority seating on trains.

They are monitored by CCTV, and have help phones close by. Recognising some handicaps, like impaired hearing, are not visible, they also have “Thank you for caring” badges – a step beyond the 'baby on board' badges used in some transport agencies.

SMRT is an innovative system: it will be interesting to see how its zone works and whether it is emulated.