Last week John Holland-Kaye put his case forward that the Heathrow Airport Ltd's North West Runway project should be named as the victor following the Airports Commission's recommendation that a new runway needs to be built in the South East by 2030.

Stewart Wingate has led the campaign for Gatwick to be selected and has chosen BTN to announce the results of a YouGov* survey.

Next week it is the turn of Captain Jock Lowe, director of Heathrow Hub Ltd, who suggests that their scheme should be selected, with its extended runway and simpler terminal facility. 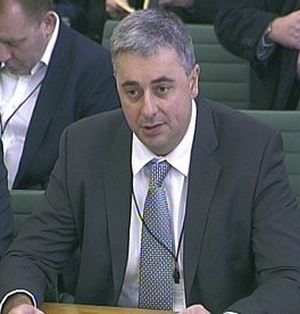 In the last year over 40 million passengers travelled through Gatwick, more than any other single runway in the world. With passenger numbers growing fast, +8% year on year, Gatwick is rapidly approaching full capacity. This summer Canadian airline WestJet will start six new long-haul routes from the airport, British Airways will be flying to Costa Rica and Lima, the UK’s only direct route, joined by Cathay Pacific starting flights to Hong Kong in September, to name but a few.

London’s biggest airports, Heathrow and Gatwick, are facing a capacity crunch and without a solution this country will lose its competitive edge. In December last year, the Government announced it agreed with the Airports Commission’s assessment that London and the South East desperately needs a new runway and that a decision will be made between Gatwick or Heathrow by this summer.

While the debate over airport capacity in the Southeast has raged for almost five decades now the solution is actually quite simple.   Whilst Heathrow faces the same insurmountable hurdles which have impeded it for years, Gatwick can deliver the UK the same number of passengers, the same number of long haul routes, better UK and regional connections and so provide the country the economic boost it needs. All this at a significantly lower environmental impact, at less than half the cost and without the £5.7bn public subsidy Heathrow expects from the taxpayer.

It is no surprise then that Londoners are backing Gatwick. Today sees Gatwick showing its biggest ever lead in the latest YouGov poll of Londoners’ attitudes to the city’s next runway – the largest lead since YouGov first polled the city’s residents on their preferred airport for expansion in September 2014.   Gatwick has pulled 12 points clear of Heathrow whilst also showing a double digit lead over Heathrow on the environment, cost to taxpayers, regulation, competition and speed of delivery.

Time after time Londoners say Gatwick expansion is best for the environment, for the taxpayer, regeneration, competition and for speed of delivery. These very same Londoners would be forced to live with illegal air quality levels if Heathrow expands – so their views need to be taken seriously.

Momentum is now with Gatwick as more and more people recognise it is the only solution that balances the economy and the environment. It is also the only plan that is actually legal, so if we want Britain to get on with it the answer is obvious: only Gatwick can deliver".

*YouGov is an international internet-based market research firm founded in the UK in May 2000 by Stephan Shakespeare and Nadhim Zahawi. In April 2005, YouGov became a public company listed on the Alternative Investment Market of the London Stock Exchange.

Brian Nichols says he spent 30 mins in immigration queue at LGW. Last year some Japanese friends of mine spent two hours a bad forty minutes in the immigration queue at LHR. LHR is an awful airport which I do not use under any circumstances. If I cannot fly where I want to from LGW I simply fly from there to Amsterdam and onwards from there.

Having taken 30 mins in the LGW immigration queue on Mrh 10 it appears the airport can't cope with one runway load of passengers during peak hours. Shame on HMRC with just a third of their desks staffed.