New figures show that 2015 set a new record for inbound tourism to the UK with 35.8 million visits, 4% up on 2014 and the sixth consecutive year of growth according to the Office for National Statistics. 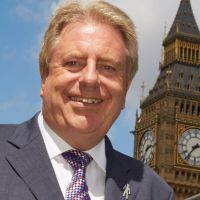 Comparing growth over the last five years shows that there were six million more visits in 2015 than 2010, an increase of 20%.

When considering spending for December only last year, a new record was set with overseas visitors spending £1.7bn, up 1% on December 2014.

Tourism Minister David Evennett said: “Tourism is one of the UK’s fastest growing industries, and attracting more international visitors to our shores is not only important for the sector but for the nation’s economy as a whole.

“These record figures show how our incredible mixture of stunning countryside, world-class sport, historic buildings and thriving cities continue to be a major draw for tourists.”

There is an obsession with tourist numbers. But if numbers increase without at least a commensurate increase in spending then UK residents are worse off from more over crowding on transport, events etc. It is not apparent from these figures that spending is really outpacing visitor numbers. This is not something to celebrate in spite of the self congratulatory twaddle.