To the surprise of many a group calling themselves ‘Plane Stupid’ have not been jailed following a serious breach of security at Heathrow.

A protest on 13 July 2015 saw the collective cut a hole in a fence and block the airport northern runway leading to the cancellation of 25 flights.

They were found guilty last month of aggravated trespass and entering a security-restricted area.  During the trial the court heard the protesters' actions caused "astronomical" costs and disruption.  The campaigners had been warned by District Judge Deborah Wright that they could receive a custodial sentence after they were convicted of aggravated trespass in January.

All the defendants must carry out 120 hours unpaid work, apart from protesters Graham Thompson, Danielle Paffard and Roberto Basto, who have previous convictions and will carry out 180 hours.  They have been banned from using Heathrow.

The group received messages of support from high-profile politicians including Shadow Chancellor John McDonnell and Green Party MP Caroline Lucas ahead of their sentencing.   www.planestupid.com 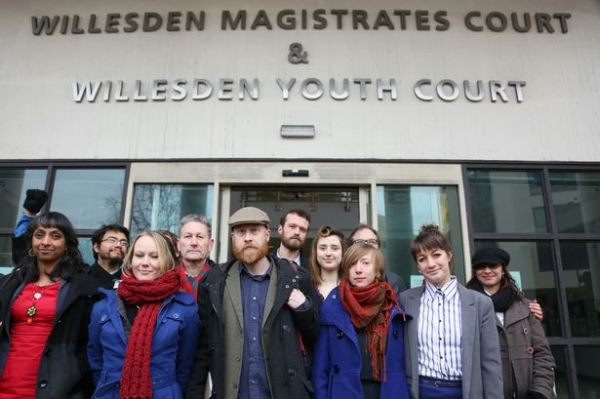