What was going to be the launch for Norwegian Air International's Irish operation has been cancelled.

Planned flights from Cork to the US have been postponed pending receipt of a permit to enable the flight plan to commence. 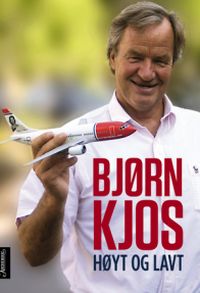 A spokesperson from Cork Airport has said that the airport is awaiting a receipt of Norwegian’s foreign permit from the US Department of Transportation.  The matter has now entered arbitration between the EU and US authorities under Open Skies.  A Boston service had been planned to begin in May with a service to New York scheduled for 2017.

On the positive front the airline has announced the introduction of services from Paris Charles de Gaulle Airport to Kennedy New York, Los Angeles and Fort Lauderdale operating Boeing 787 Dreamliners.

JFK starts on 29 July on a Monday, Wednesday, Friday and Sunday, followed by Los Angeles the next day twice weekly – Tuesday and Saturday, and a single Fort Lauderdale service on a Thursday.

The airline currently operates a fleet of eight Dreamliners, which will grow to 38 by the year 2020.

CEO Bjorn Kjos is the Guest of Honour at the London Aviation Club 17 March.  www.norwegian.com