On 3 March ANA will celebrate 30 years of international services since its inaugural flight from Tokyo to Guam on 3 March 1986.

What was then very much Japan’s second carrier arrived in the UK on 22 June 1989 with a daily Boeing 747 flight from Tokyo Narita to Gatwick.  Two years later it transferred to Heathrow and on 30 March 2014 moved the Tokyo departure airport to Haneda International Airport in Tokyo Bay.  Today it is the number one Japanese carrier and was the first airline to introduce the Boeing 787.

ANA continues to develop its worldwide network, and now flies to 59 routes spanning 39 cities.  Two new routes already announced for 2016 are Wuhan in central China and Phnom Penh, the capital of Cambodia.

ANA's current uniform is the 10th generation and for ANA Flight 6 from Narita to Los Angeles on 3 March the flight attendants will wear examples of past uniforms.  www.ana.co.jp 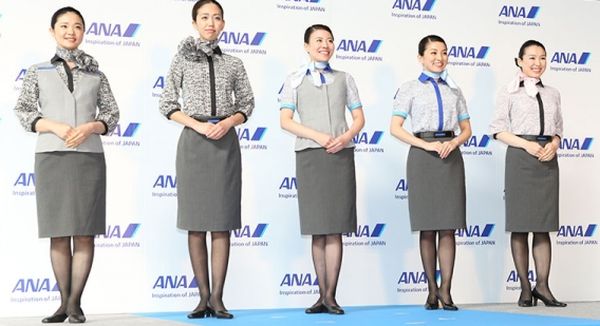