Following a suggestion by  Business Travel News, data specialist OAG has produced some research on the Europe to New York market.

At the present, winter season, there are 20 daily flights from Heathrow (LHR) to New York JFK and eight to Newark (EWR).

Next up is Paris Charles de Gaulle (CDG) with five plus three, Frankfurt (FRA) three plus two and Amsterdam (AMS) with three plus one.

For the summer period from London to New York there are 20 LHR – JFK flights, eight LHR – EWR, and two from both London City (LCY) and Gatwick (LGW) to JFK plus a single Luton (LTN) flight making 33 daily services.

As a comparison Paris has 14 daily services (eight plus three and three from Orly), Frankfurt six (four plus two) and Amsterdam the same while Madrid and Rome also comes into the reckoning (five plus one each).

4.4m flew between London and 'Big Apple' in 2015 according to CAA provisional results.  When it comes to a choice of which New York airport, for many the New Jersey airport gateway is just as convenient with a fast train service to Penn Station close by Times Square.   www.oag.com 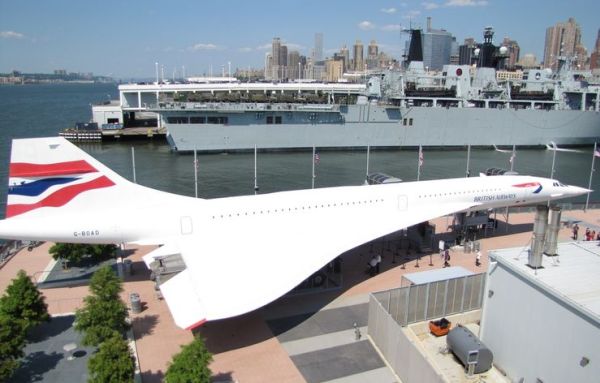 Fast train service from EWR? Well, fast-ish, and better than JFK or LGA. But it'll still take 50 minutes for the 26 km to Penn Station. That's about the same speed as the Piccadilly Line to LHR!