Vueling, the IAG low-cost airline, has quickly followed up its announcement of a Luton operation with the introduction of a Zurich service from 12 June. This route will initially be operating six times a week, with an Airbus A320 aircraft but will be up to seven for the peak summer months. 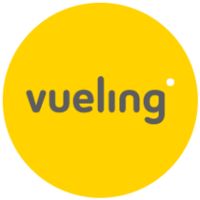 Once again the airline is going head to head with easyJet as it has done with its maiden routes to Amsterdam and Barcelona.  However, this time it is offering more capacity on a daily basis with an Airbus A320 (180 seats) v an A319 (156 seats). It also claims a more flexible attitude when it comes to booking.

The double daily Barcelona flights will be launched on 17 March. The Amsterdam service, which will be daily during April and twice daily from May, will begin on 18 March.  Both routes will be operated with Airbus A320 aircraft.   www.vueling.com