Delta will be offering six new routes for summer 2016 between Europe and the United States. 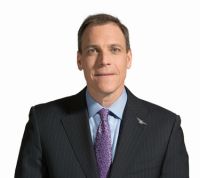 These begin in April when a service starts from Heathrow to Salt Lake City, Delta’s eighth US destination served from London and the only service between the area known as Mountain West and Heathrow, offering connections to many in the region including Reno, Boise Idaho, Albuquerque and Idaho Falls.  The airline has scheduled a 210-seat Boeing 767-300ER aircraft for the flight, which will be operated on a seasonal basis.

This will be followed in May by Edinburgh to New York-JFK; Paris to Raleigh-Durham; Munich to Detroit; and both Rome and Keflavik to Minneapolis.

A number of these services will be the only nonstop links between their respective cities.

“Launching six routes from our region in the space of six weeks is a huge undertaking,” said Nat Pieper, Delta’s new senior vice president for Europe, Middle East and Africa.  Mr Pieper plans to attend the  London Business Travel Show  later this month.  “In 2015, we added 28 additional services to Europe but are far surpassing this in 2016, offering a wider range of destinations to get our customers where they want to go.”  In addition to these launches, Delta will also increase frequency to the United States during the peak travel months from cities including Tel Aviv and Amsterdam.  www.delta.com