British Airways female cabin crew have won a two-year battle for the right to wear trousers, considered by some practical, following a test case ruling. 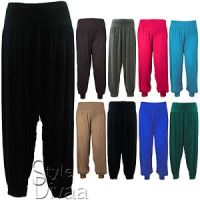 Traditionally, BA lady cabin crew have worn skirts but the Unite union has been pursuing the situation after a vote in which 83% of members requested freedom to wear trousers.   Whether this applies to front of house staff or pilots remains to be seen.  No comment from British Airways on this one.

Regional union officer Matt Smith was begrudging: ‘British Airways’ stance was unbefitting of a modern airline in the modern age, and demonstrates that Unite will not allow cases like this to go unchallenged.

"Not only is the choice to wear trousers a victory for equality it is also a victory for common sense and testament to the organising campaign of our members.

"Female cabin crew no longer have to shiver in the cold, wet and snow of wintery climates, but also can be afforded the protection of trousers at destinations where there is a risk of malaria or the Zika virus."

Surely in the same egalitarian spirit, male cabin crew should have the option of wearing skirts. Some might welcome the chance. (Are you raising your eyebrows, duckie?)

Of course this makes sense. Unions should not have to fight for this.